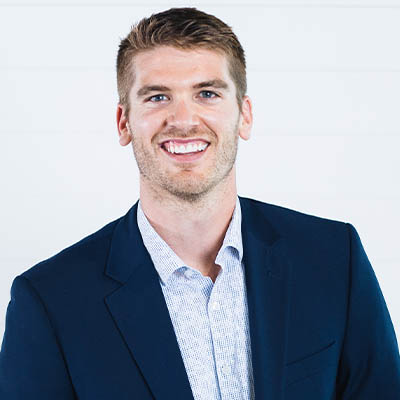 Dr. Brad Boyle, O.D.  has been an optometrist in the Cedar Valley since 2016, servicing locations including Waterloo, Cedar Falls, and Independence. His primary focus is on medical optometry. He specializes in diagnosing and treating eye diseases such as diabetic retinopathy, glaucoma, cataracts, macular degeneration and dry eye. He also enjoys successfully fitting patients in difficult contact lens fits, including bifocal contact lenses.

Dr. Boyle is an active member of the Iowa Optometric Association and American Optometric Association. Dr. Boyle likes to spend time with his wife Michelle and three kids, Cora, Julian, and Bennett. Two of his greatest passions outside family and work are the New England Patriots and elk hunting in the Rockies. 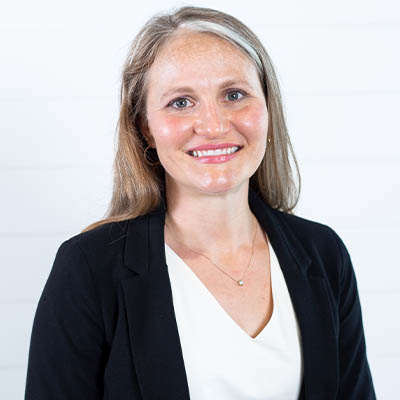 Dr. Carrie Kearns, OD was born and raised in Ottumwa, IA. She graduated from Ottumwa High School in 1999 and attended Loras College in Dubuque, IA. There she received a Bachelor’s Degree in Mathematics in 2002. She graduated from Indiana University School of Optometry four years later and did a primary care residency at Danville VAMC in Danville, IL. She co-authored an article in Optometry –Journal of the American Optometric Association titled Two differing presentations, treatments, and outcomes of Malignant Choroidal Melanoma. Dr. Kearns returned to Iowa in 2007. She is a member of the College of Optometrists in Vision Development (COVD), Neuro-Optometric Rehabilitation Association (NORA), the American Optometric Association, Iowa Optometric Association, and Independence Chamber of Commerce. In 2014 she completed a 100 hour course in vision therapy in San Diego given by Dr. Robert Sanet, OD. She enjoys readings, gardening, and spending time with her husband, Adam, and three children Kahlan, Noah, and Gryffin. 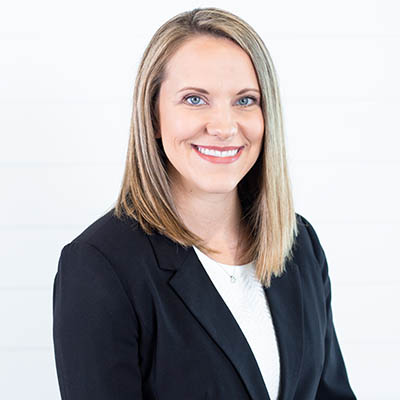 Dr. Carrie Menet, OD has been serving the Cedar Valley since 2017. She believes that healthy eyes are key to a person’s overall health and feels blessed for the opportunity to enhance people’s quality of life. She specializes in conditions including cataracts, glaucoma, diabetic retinopathy, macular degeneration, iritis, and ocular emergencies. 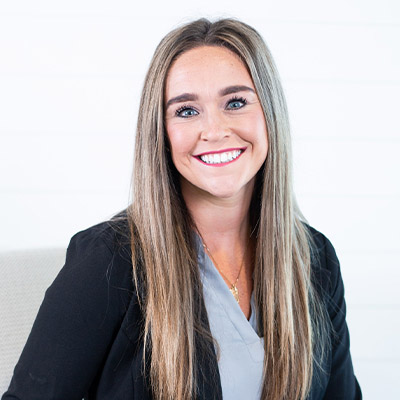 Born and raised in Cedar Falls, IA, Andrea earned her Bachelors in Business Administration from Coe College and Masters in Business Administration from UNI. Andrea is passionate about eye care providing preventative care for your body as a whole. She is married to her husband, Brad, and they have 2 sons; Michael and Jordan. Andrea enjoys family time, watching her husband coach the Columbus Sailor football team and their boys learn and grow, cheering on the Packers, going for a run, seasonally decorating their all-year-around Christmas tree, and browsing Amazon. 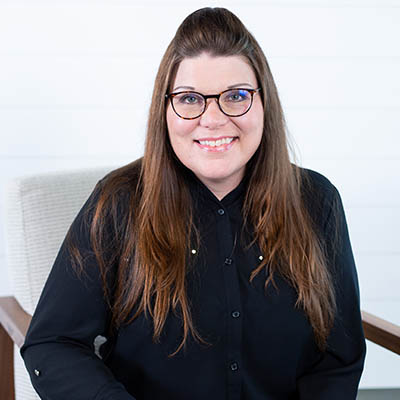 Connie grew up in Independence, Iowa. She graduated from Independence High School and went onto Hamilton Business College and graduated with a diploma in business management/accounting. She joined the team of Advanced Family Eye Care in July of 1994. Connie has participated in continuing education courses including Iowa Optometric Assistants Association, the North Central States Optometric Conference, and the Heart of America Contact Lens Conference. Connie lives in Independence with her husband, Glenn and daughter, Grace. In her spare time she enjoys spending time with family and friends and being involved in outdoor activities. 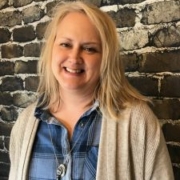 Wendy grew up in Ames, IA and attended Iowa State before moving to eastern Iowa. She eventually made her way to Independence with her family.  She joined the team at Advanced Family Eye Care in 2015 as a Technician and earned her Certified Paraoptometic certification in 2016.  In her free time she enjoys walking with her dog, reading, and watching movies with her son and husband. 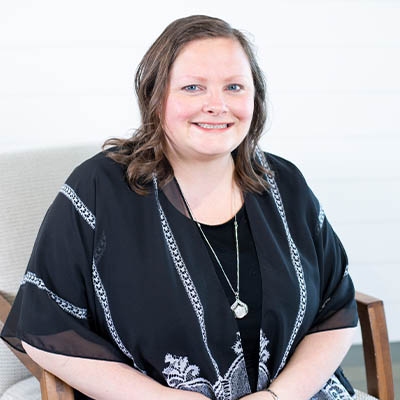 Elissa grew up in Indiana where she graduated from Tippecanoe Valley High School in 2001. She continued her education at Indiana Wesleyan University and then went on to receive her masters from Asbury Theological Seminary. She moved to Independence in 2010 to work as the Assistant Pastor at Hope Wesleyan Church. Elissa began at Advanced Family Eye Care in October of 2014. She is always learning more about eye care and vision therapy in her free time to better serve our patients. She has been married to her husband, Ben since 2012. In her spare time, Elissa enjoys participating in River Arts Theater productions and spending time with her family and friends. 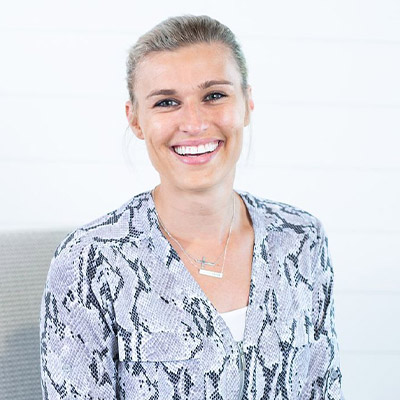 Megan grew up in the small town of Hinton, IA, graduated from Hinton High School and moved to the Cedar Valley to attend college at the University of Northern Iowa. Upon graduating with her Bachelors degree she started working in eyecare. She has experience as an optician, surgical coordinator, ophthalmic technician and in specialized testing. Megan’s longtime significant other has a beautiful daughter and the couple share a very bossy Pembroke Welsh Corgi named Bandit. Megan loves to be outside as much as possible. She enjoys running, hiking, biking, kayaking, and horse back riding as well as traveling with family/friends and exploring new places. 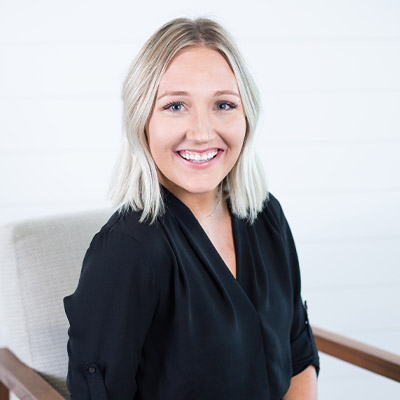 Paige is from Dunkerton, IA, graduating from Dunkerton High School and Hawkeye Community College. Her and her husband, Alec, have a Cavapoo named Lola. She has been working in the eye industry for 6 years and has experience as an optician and technician. Paige loves eye care, because she has the ability to provide patients with the gift of sight. Her favorite is when a child puts on his/her first pair of glasses and has the look of pure shock on their face, knowing she assisted. Some of her favorite hobbies include weekends on the river, working out, podcasting, & spending time outside with my family and friends. 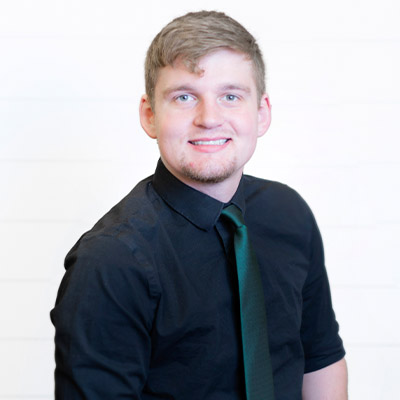 Tyler grew up in Williston, North Dakota with 4 younger siblings. He graduated from Williston High School and is currently attending UNI with the intent of going to Optometry school. In a high school health careers class, Tyler shadowed an Optometrist and fell in love with eye care and the endless opportunities to help people with their daily lives. Tyler enjoys snowboarding, riding his Harley, fishing and spending time with friends and family. 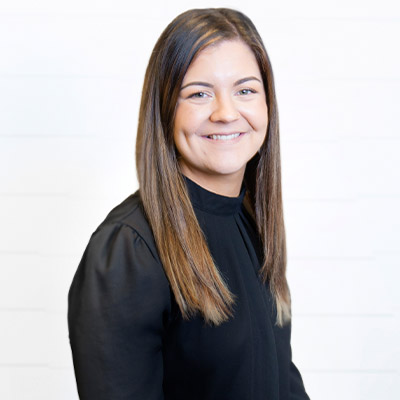 Jordan grew up in Nashua, IA and lives in Independence with her fiancé, Derek and their black lab/great dane mix. Jordan graduated with a Bachelor’s Degree in Movement & Exercise Science from UNI where she learned how the body moves and works. She loves eye care, because it is such a special tool in our everyday lives – providing confidence and clear vision to see the world. Jordan loves boating, riding UTVs or snowmobiles, decorating and rearranging her house, and shopping. She also loves hanging out with her friends and family. 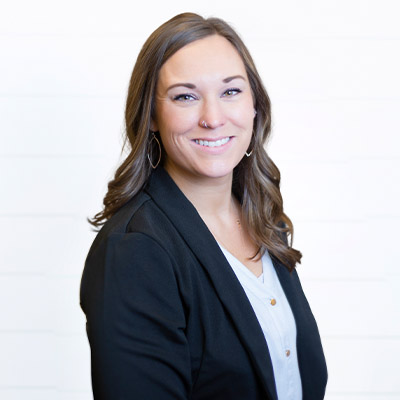 Jenni was born and raised in Independence, graduated from Independence High School, and earned her nursing degree from Hawkeye Community College and Kaplan University. She is inspired by the technology in eye care and everything seen by taking a look into the eyes. She also loves a good, fashionable pair of glasses. Jenni, her 3 kids, and lots of pets live on their Old McDonald Farm just outside of Independence. They enjoy family time, hiking, sporting events and anything outdoors when it’s not too cold.